Something personal yet public

Creaming Butter and Sugar: The right temperature, the right timing, the best results for your baking.

The lightest cakes start with creaming your butter and sugar. We'll show you tips and tricks you need to know to get this kitchen technique down pat.

As web site developer, we should understand how Internet, communication network and computer work. Here are some common terms:

The Internet is a global system of interconnected computer networks that use the standard Internet protocol suite (TCP/IP) to link several billion devices worldwide.

The Transmission Control Protocol (TCP) is a core protocol of the Internet Protocol Suite.

The Internet Protocol (IP) is the principal communications protocol in the Internet protocol suite for relaying datagrams across network boundaries. Its routing function enables internetworking, and essentially establishes the Internet.

The User Datagram Protocol (UDP) is one of the core members of the Internet protocol suite. It uses a simple connectionless transmission model with a minimum of protocol mechanism. It has no handshaking dialogues, and thus exposes any unreliability of the underlying network protocol to the user's program.

A media access control address (MAC address) is a unique identifier assigned to network interfaces for communications on the physical network segment.

The Domain Name System (DNS) is a hierarchical distributed naming system for computers, services, or any resource connected to the Internet or a private network.

An address record (A record) is a 32-bit IPv4 address, most commonly used to map hostnames to an IP address of the host, but it is also used for DNSBLs, storing subnet masks in RFC 1101, etc.

A stub network is a somewhat casual term describing a computer network, or part of an internetwork, with no knowledge of other networks, that will typically send much or all of its non-local traffic out via a single path, with the network aware only of a default route to non-local destinations.

In computer science, a remote procedure call (RPC) is an inter-process communication that allows a computer program to cause a subroutine or procedure to execute in another address space (commonly on another computer on a shared network) without the programmer explicitly coding the details for this remote interaction.

In computer programming, an application programming interface (API) is a set of routines, protocols, and tools for building software applications. An API expresses a software component in terms of its operations, inputs, outputs, and underlying types.

Last week we got lots of leftover egg whites. We don't know what to do with it. Then we decided to search around any recipes that used only egg whites.

A calzone is an Italian filled oven bread, originating in Naples, and shaped as a folded pizza. It resembles a half-moon and is made of salted bread dough. A typical calzone is baked in an oven and stuffed with salami or ham, mozzarella, ricotta and Parmesan or pecorino cheese, amalgamated with an egg. Its regional variations include other ingredients that are normally associated with pizza toppings. Calzones of smaller dimension can also be fried in olive oil.

In Search of the Perfect Loaf 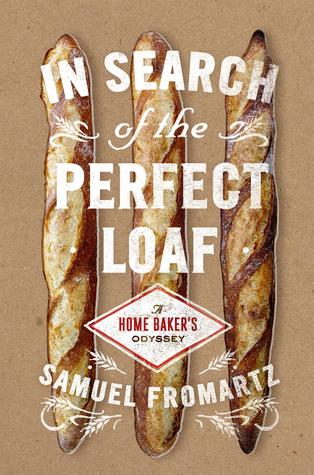 In Search of the Perfect Loaf: A Home Baker's Odyssey

Successful Loaves From Your Bread Machine

Successful loaves from your bread machine: 5 tips for home bakers

Are you new to bread machine baking? Or a seasoned machine user who's not satisfied with your loaves? Check out these bread machine tips for better results.

Apple sauce or applesauce is a applesauce made of apples. It can be made with peeled or unpeeled apples and a variety of spices (commonly cinnamon and allspice). Flavorings or sweeteners such as sugar or honey are also commonly added. Apple sauce is inexpensive and is widely used in the United Kingdom, North America and some European countries.

what you're looking for!