Something personal yet public

Gnocchi are various thick, soft dough dumplings that may be made from semolina, ordinary wheat flour, egg, cheese, potato, breadcrumbs, cornmeal, or similar ingredients, with or without flavourings of herbs, vegetables, cocoa, or prunes. The dough for gnocchi is most often rolled out, then cut into small pieces of about the size of a cork. They are then pressed with a fork or a cheese grater to make ridges which hold sauce. Alternatively, they are simply cut into little lumps. Gnocchi are usually eaten as a replacement for pasta as a first course, but they can also be served as a contorno (side dish) to some main courses.

In 2017, we decided to redesign the logo. We can't remember when the first logo is designed. It could be 2008 when the site is created or 2009. This page will capture all the logo that designed for this site.

Fish sauce is an amber-colored liquid extracted from the fermentation of fish with sea salt. It is used as a condiment in various cuisines. Fish sauce is a staple ingredient in numerous cultures in Southeast Asia and the coastal regions of East Asia, and features heavily in Burmese, Cambodian, Filipino, Thai, Lao and Vietnamese cuisines. It also was a major ingredient in ancient European cuisine, but is no longer commonly used in those regions.

Soup is a primarily liquid food, generally served warm or hot (but may be cool or cold), that is made by combining ingredients such as meat and vegetables with stock, juice, water, or another liquid. Hot soups are additionally characterized by boiling solid ingredients in liquids in a pot until the flavors are extracted, forming a broth.

Astonishing cheesecake that is a masterpiece of LeTAO

Earwigs make up the insect order Dermaptera and are found on all continents except Antarctica. With about 2,000 species in 12 families, they are one of the smaller insect orders. Earwigs have characteristic cerci, a pair of forceps-like pincers on their abdomen, and membranous wings folded underneath short forewings, hence the scientific order name, "skin wings". Some groups are tiny parasites on mammals and lack the typical pincers. Earwigs rarely use their flying ability.

Instant noodles are a precooked and usually dried noodle block, sold with flavoring powder and/or seasoning oil. The flavoring is usually in a separate packet, although in the case of cup noodles the flavoring is often loose in the cup. Some instant noodle products are seal packed; these can be reheated or eaten straight from the packet. Dried noodle blocks are cooked or soaked in boiling water before eating.

Pasta is a staple food of traditional Italian cuisine, with the first reference dating to 1154 in Sicily. It is also commonly used to refer to the variety of pasta dishes. Typically, pasta is a noodle made from an unleavened dough of a durum wheat flour mixed with water or eggs and formed into sheets or various shapes, then cooked by boiling or baking. It can also be made with flour from other cereals or grains. Pastas may be divided into two broad categories, dried (pasta secca) and fresh (pasta fresca). 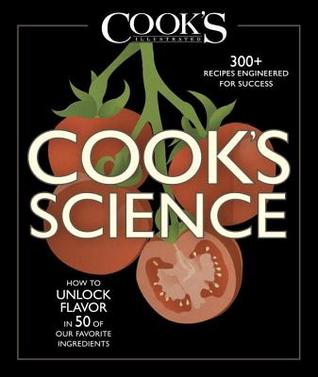 Cook's Science: How to Unlock Flavor in 50 of Our Favorite Ingredients

A Gugelhupf (also Kugelhupf, Guglhupf, Gugelhopf, and, in France, kouglof, kougelhof, or kougelhopf) is a light, yeasted marble cake, traditionally baked in a distinctive circular Bundt mold. It is popular in a wide region of Europe, including southern Germany, Austria, Switzerland, Poland and Alsace.

In late Medieval Austria, a Gugelhupf was served at major community events such as weddings, and was decorated with flowers, leaves, candles, and seasonal fruits. The name persisted through the Austro-Hungarian Empire, eventually becoming standardized in Viennese cookbooks as a refined, rich cake, flavored with rosewater and almond. Many regional variations exist, testifying to the widespread popularity of the Gugelhupf tradition.

The Gugelhupf was the sweet chosen to represent Austria in the Café Europe initiative of the Austrian presidency of the European Union, on Europe Day 2006.

what you're looking for!